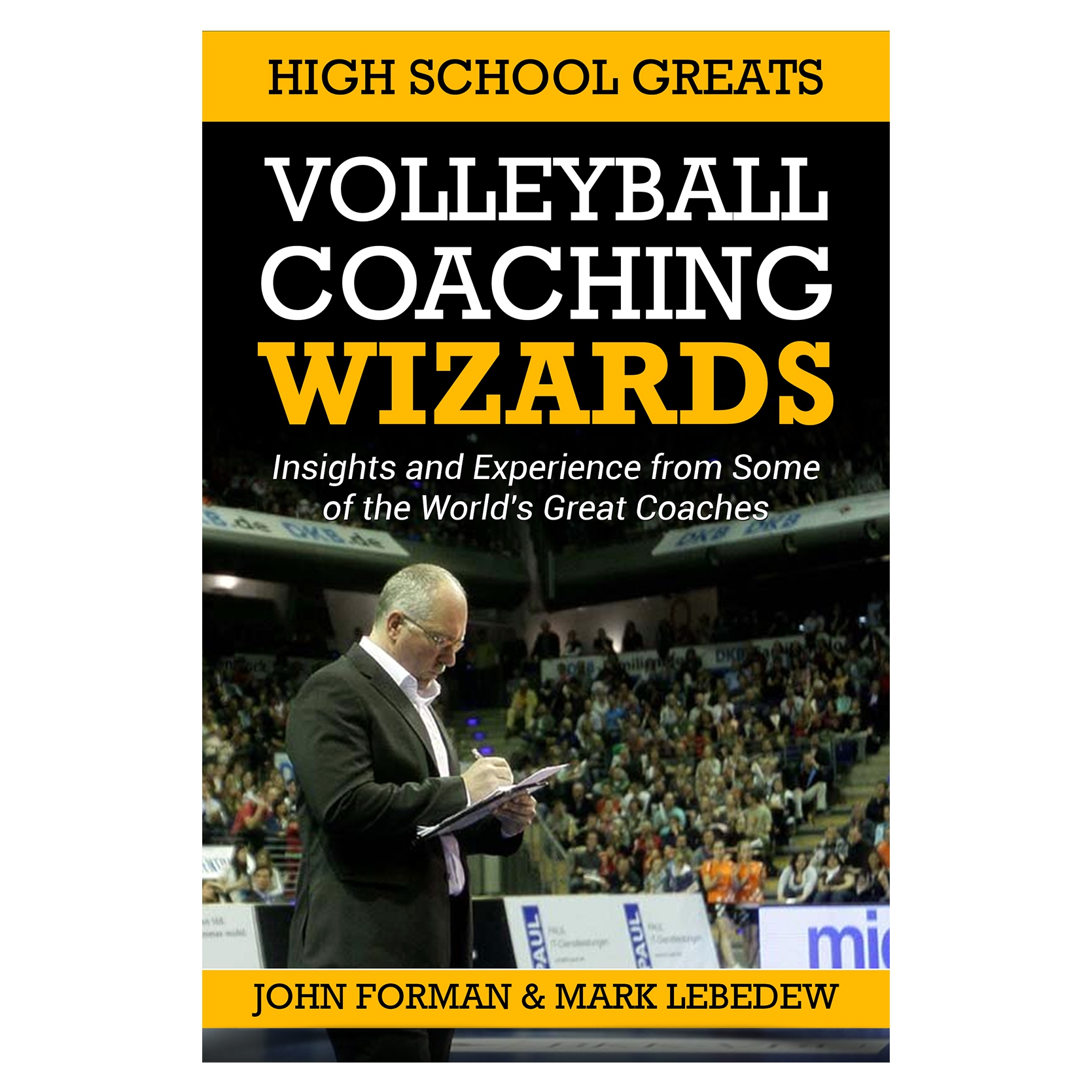 Sorry if this seems like a rant. We need to respond to a comment that speaks to the very heart of the Volleyball Coaching Wizards project, though. Someone who rated the first 8 cover design options under consideration left it anonymously.

For the cover shown at left they said:

“how does high school .. and world’s greatest coaches make sense – only in usa perhaps”

Firstly, the “High School Greats” bit is just a sample bit of text offered off the top of the head as a placeholder. You can see the “developing the team concept” alternative used in some of the designs. Actual book topics are not decided yet.

Second, and more importantly, why can’t high school coaches be among the world’s best?

The whole point of Volleyball Coaching Wizards is to bring to light coaches who excel, regardless of level. This doesn’t just mean those at the very highest level.

We cannot make the assumption that just because a coach spends their career at the high school or youth level they couldn’t be just as successful if they coached college, professional, or international level players. Similarly, we can’t assume high level coaches are just as effective coaching younger, less experienced players.

Certainly, there are Wizard coaches who started their careers in the youth or high school ranks and moved up to higher levels. There are also, however, many coaches out there who either through choice or circumstance found themselves in a niche where they thrived and achieved well above average success.

There are WAY more coaches at the lower levels of the game than there are at the top level. Some will work their way up the ladder. Most won’t. Everyone along the spectrum deserves to not only get to understand what those coaching at higher levels than theirs think and do, but also the actions and thoughts of those with great success at their own level.

That is a major point of Volleyball Coaching Wizards.

P.S.: This same person also made the comment “who knows or cares about the authors names – you are not Grisham – yet … keep it small” for one of the other designs. Seems like someone perhaps got up on the wrong side of the bed this morning. :-)

One Reply to “High school coaches can’t be among the world’s best?”